Common Name: Autumn Gold Maidenhair Tree      Latin Name: Ginkgo biloba 'Autumn Gold'      Size: 40 (min) to 50 (max)
Are you looking for this plant? Let us know and we'll help you find it!
Are you a retailer who sells this plant? Do you want to list it here? You can enter your inventory directly on PlantPlaces.com, using a web browser or an Android™ device. Contact Us to request an account.
From Question and Answer Forums: What are others saying about this plant?
Try Natorps Nursery or Ammon Nursery
Respond to this comment
Plant Facts
Do you have this plant?
Would you like to dedicate a plant to someone?

The Ginkgo is one of the most beautiful trees in the landscape, especially in the fall season. Every fall around Halloween you can always count on seeing the bright, clear, yellow fall color of the Ginkgo. No other tree has leaves with such clean, clear, yellow fall color. The leaves are so unique that once you learn Ginkgo you never forget it. The most interesting thing about Ginkgo that makes you love and respect it is its history.

The mystery of how Ginkgo has survived for 270 million years is something Ill never understand. Ginkgo has stood the test of time. A relic that was around during the dinosaur era and somehow survived through whatever nature could throw at it. Ice Age, Atomic Bombs, New York City. Ginkgo is the toughest tree known to man.

Ginkgo is a large deciduous tree. It is dioecious, meaning there are male trees and female trees. The female trees produce the fruits that can be rather obnoxious. The fruit is actually a nut surrounded by a fleshy coating. When the fruit falls to the ground the fleshy coating emits a foul odor that smells like dog vomit. People that step on it will carry it with them as they go. The nuts are actually a delicacy in Asia. It is also one of the most popular medicinal plants on the market. Supposedly it helps with memory loss.

Ginkgo makes a great tree for the landscape. Typically we choose male clones to plant in our yards. Autumn Gold is the most popular male clone on the market. There are many dwarf clones as well. There is a Spring Grove Ginkgo and a clone called Jade Butterflies' that are both dwarf clones.

Locally there are some magnificent specimens in Northern Kentucky and Cincinnati. Spring Grove Cemetery has several of the largest specimens in the area. There is another large specimen at the Behringer-Crawford museum in Devou Park in Covington. Another one of the largest trees stands in front of RC Hinsdale grade school in Edgewood Kentucky. The largest planting of Ginkgo is at the Cincinnati Childrens Hospital complex in Avondale. Over 100 Ginkgos were planted around the buildings. Lets hope they are all male!

Rain Garden
Do you like this plant?
This plant is on the recommended list of: Ron Rothhaas Shade Trees Scott Beuerline Kris Barton Chris Maphet
Would you like your own recommender list? Simply Contact Us or use the form at the bottom of this page.
Plant Images and Specimens 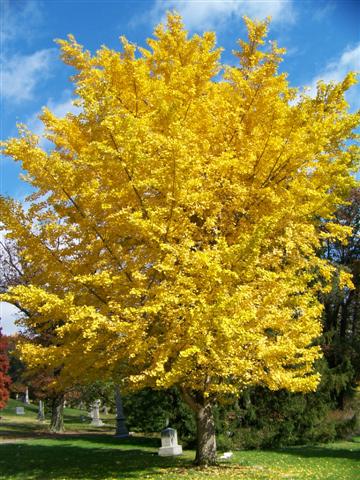 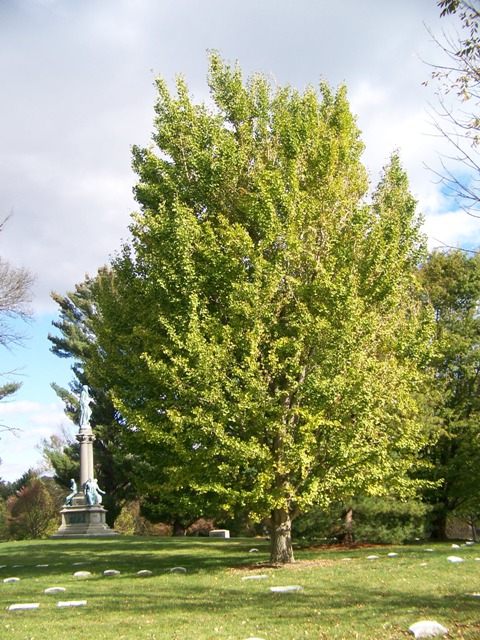 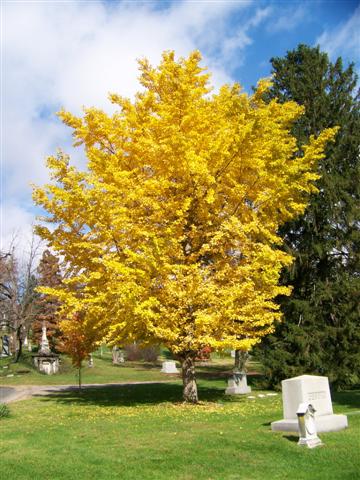