Common Name: Beebalm, Oswego Tea, Bergamot      Latin Name: Monarda didyma      Size: 0 (min) to 0 (max)
Are you looking for this plant? Let us know and we'll help you find it!
Are you a retailer who sells this plant? Do you want to list it here? You can enter your inventory directly on PlantPlaces.com, using a web browser or an Android™ device. Contact Us to request an account.

A user with PlantPlaces.com Mobile for Android™ has identified this plant for sale at a retailer. You can identify plants for sale, too!
Download PlantPlaces.com Moble here, for free, on the Google Play™ Store! Or, read more about it here
From Question and Answer Forums: What are others saying about this plant?
i have the red var. and a robust purple one that was over 5 ft. tall last year. i get a large flock of ruby throated hummingbirds each year and find i need multiple beds of bee balm
Respond to this comment
Plant Facts
Do you have this plant?
Would you like to dedicate a plant to someone?


Contact us to order an aluminum plant label from PlantPlaces.com!
Category: Perennial
Family: LAMIACEAE
Genus: Monarda
species: didyma
Origin:
Size: 0 (min) to 0 (max)
Size Description:
Notes:
Growth habit: Upright, spreading
Foliage: Opposite and ovate to ovate-lanceolate, serrate or dentate, green or sometimes purple-tinged, veined, aromatic. Four-angled stems
Flowers: Its 2-lipped, tubular white, pink or red flowers, borne in summer (June-July), are among the showiest of the garden herbs.
Culture: Grows best in soil that stays damp in the summer. However, it dislikes damp winters. The plant is not suitable for high pH soils. It prefers sun but is adaptable to shade as long as the soil remains damp. Plant where its spreading habit will not disrupt the garden. If used in a perennial border, divide every 3 years to prevent excessive spread.
Pests and problems: Powdery mildew. Some cultivars have some resistance to powdery mildew.
Uses: Perennial border, herb garden, naturalized area, container plant. This plant was used by native Americans and early colonists as an herbal tea, and is used as a flavoring for Earl Grey blended tea. Called Beebalm because it attracts bees.
Propagation: Seed, cuttings, division
Cultivars: The following are disease resistant (only disease-resistant cultivars are recommended!) Jacob Cline  deep red with a tinge of blue; to 4 feet, shown in both photos. Cambridge Scarlet  Bright scarlet flowers, vigorous growth to 3 feet. Croftway Pink  Soft pink flowers, 3 to 4 feet tall. Mahogany  deep wine-colored flowers, 3 feet tall
Notes courtesy of Sue Trusty.
Characteristics:

This plant is on the recommended list of: Ron Rothhaas Deer Resistant Attracts Butterflies Kris Barton Alternatives to Invasive Plants Alternatives to Invasive Plants
Would you like your own recommender list? Simply Contact Us or use the form at the bottom of this page.
Plant Images and Specimens
Location: Coyote Ct, Mason Coyote ct Mason OH
Specimen: 123 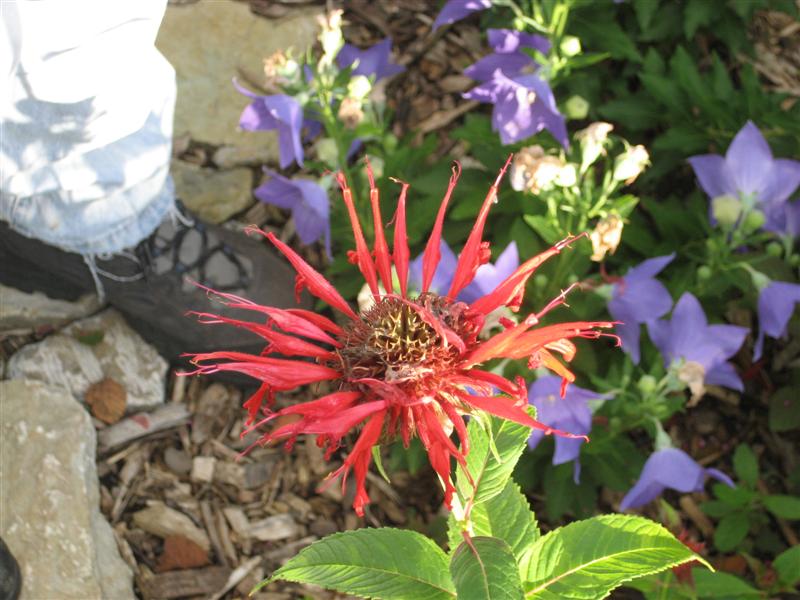 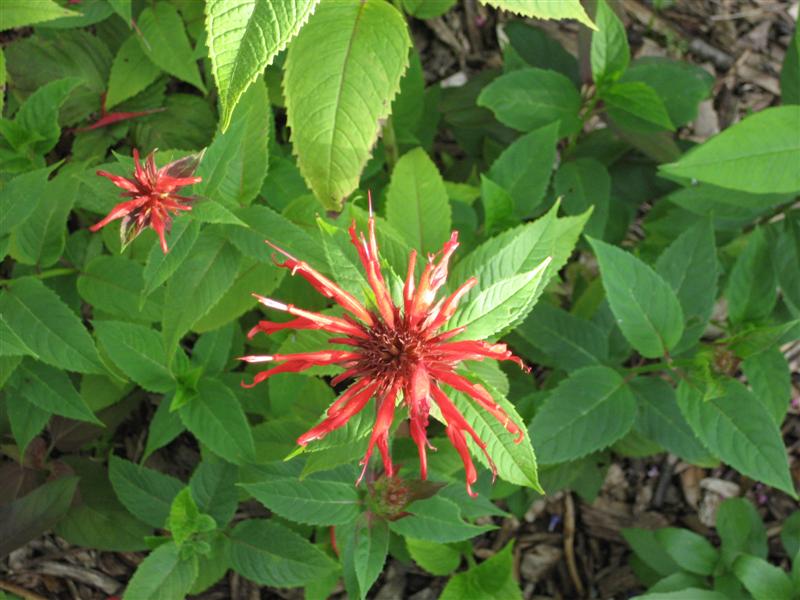 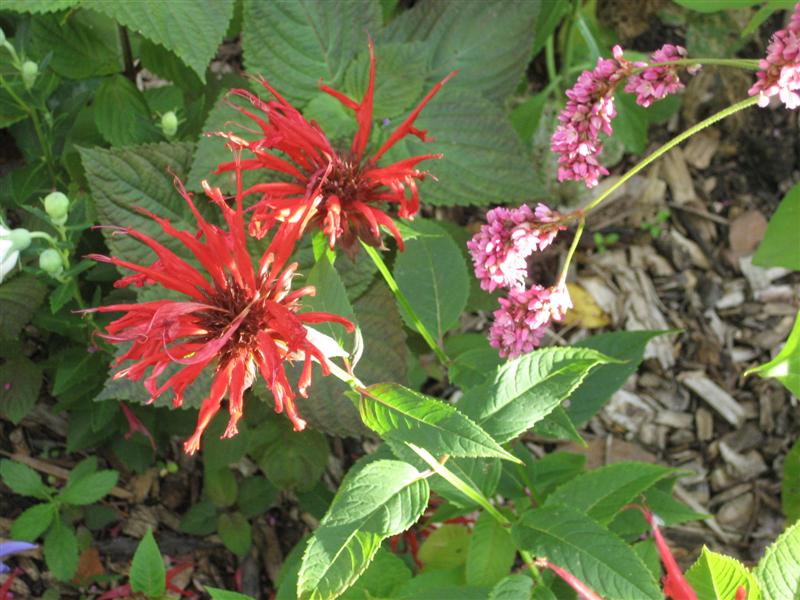 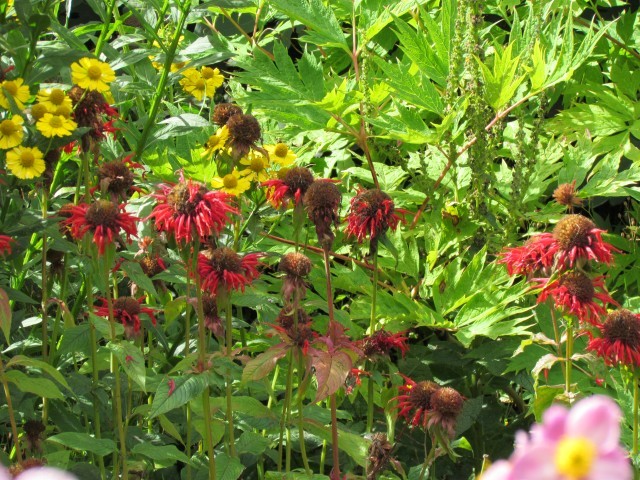 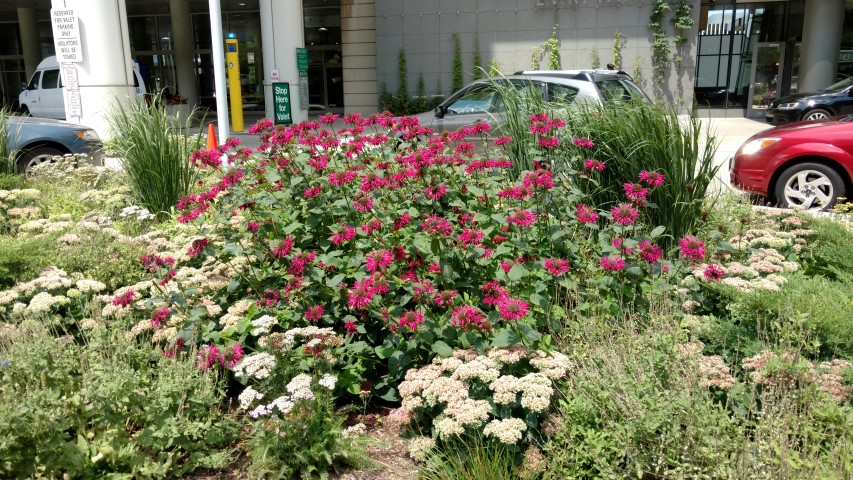